Photographs and Words by Edward Keating

Assigned by The New York Times Magazine to photograph Route 66 in May 2000, I continued on the project after the piece was published for another eleven years, documenting the road’s demise and the social conditions of those who were living out their lives on the lost highway. Contrary to the myth of Route 66 being a place of postcard fun and adventure, what I found on my trips across the ‘Mother Road’ was a road and a culture in distress. Besides a smattering of well-preserved motels, roadside amusements and a handful of nostalgic gift shops, the highway had devolved into little more than an access road to the larger and heavier interstates that often ran parallel. What was left in its wake, was decay and sadness, traces of another time, people just holding on, the end of an era. With a personal and family history with the road, I hoped to get an accurate snapshot of the remnants of America’s “Mother Road,” to preserve what I could for history before the wrecking ball of time completed its work. 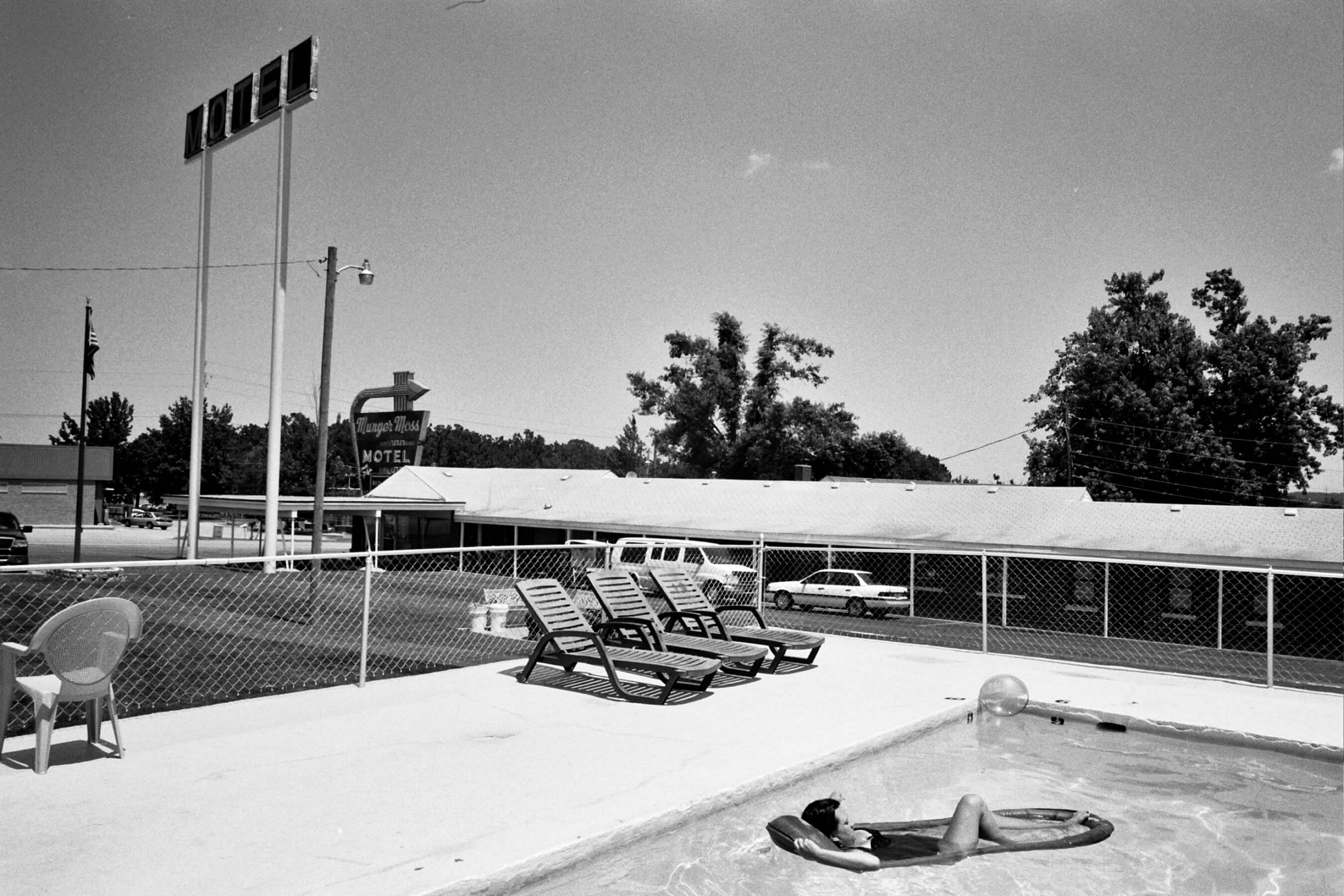 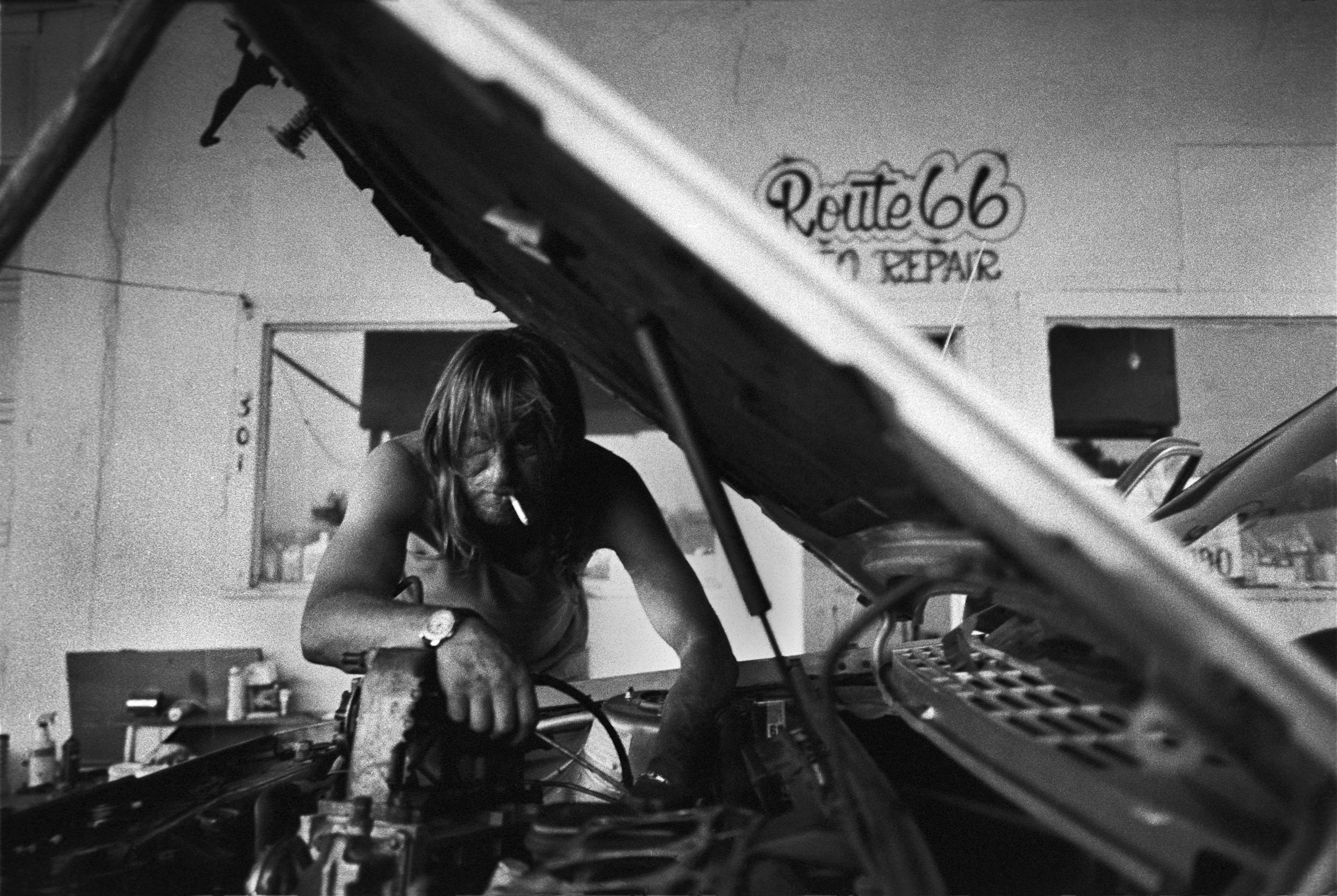 Shamrock, Texas: Nearly extinct in most parts of the country, old-style garages still serve owners of older model cars in parts of Texas and the southwest. 2003. 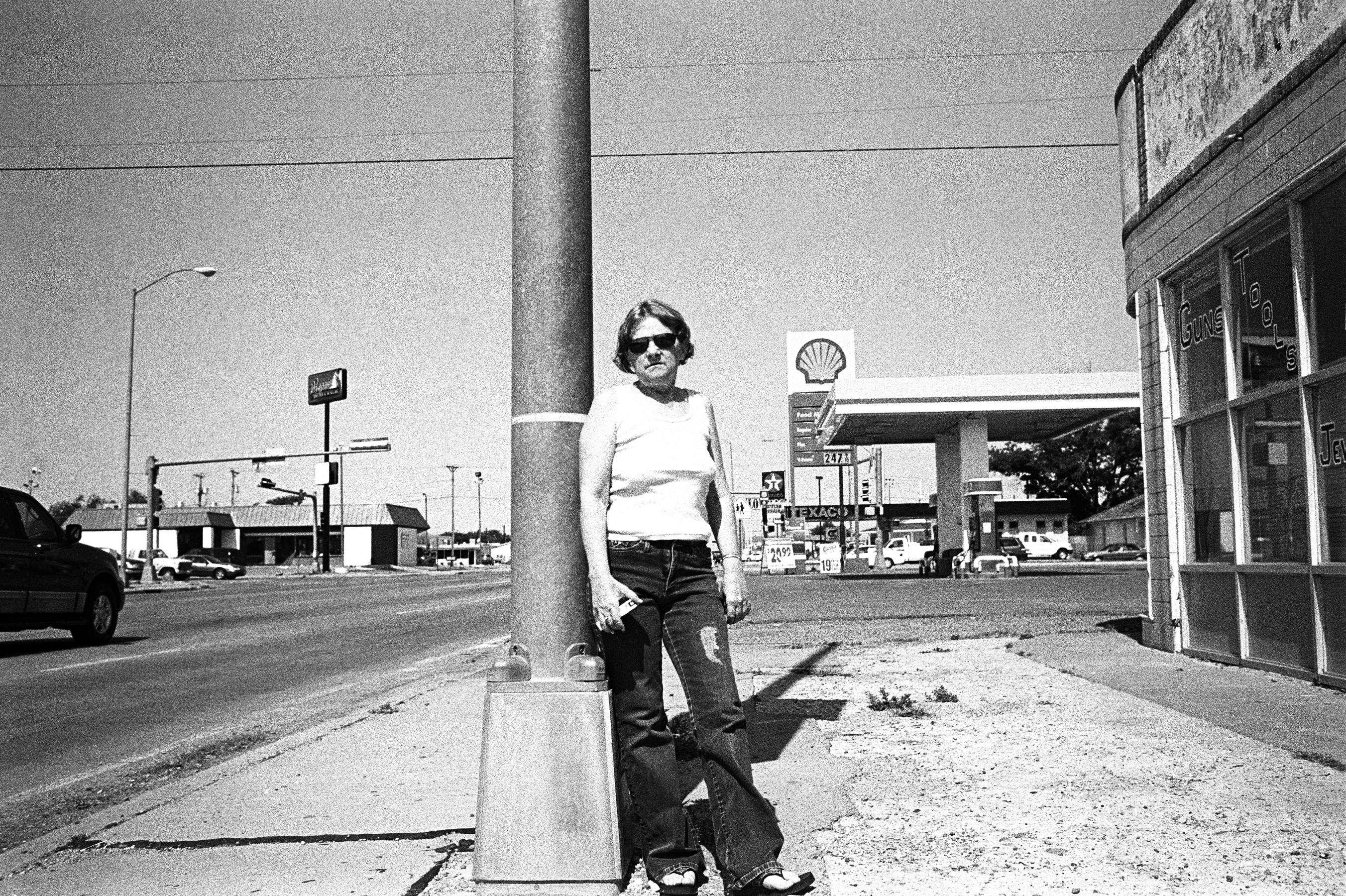 Tucumcari, NM: A woman with not much to do, waits for the local pawn shop to open. There is little pedestrain traffic along most of Route 66. 2005. 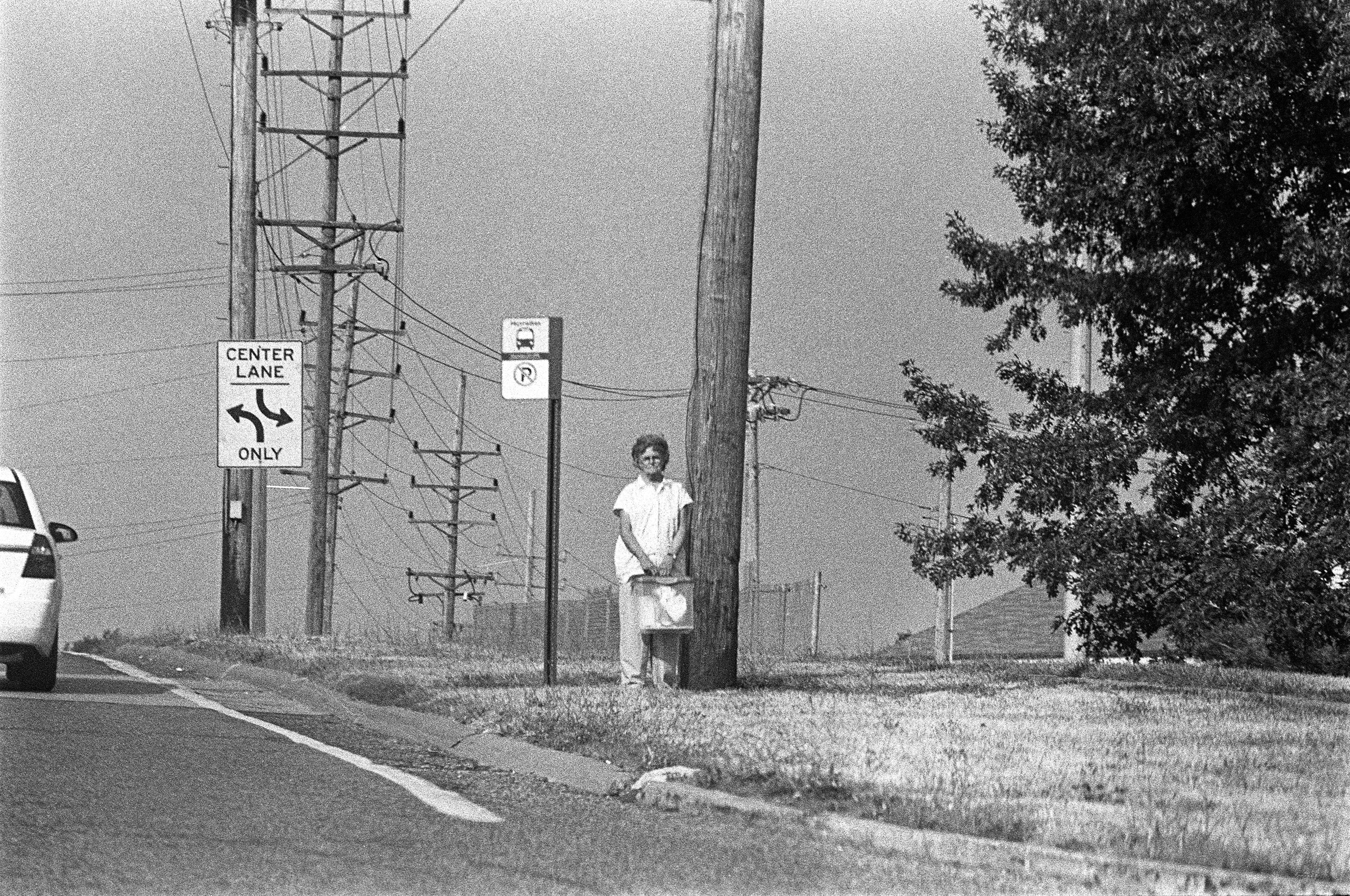 A woman waits alone for a bus on the western approach to St. Louis. 2005. 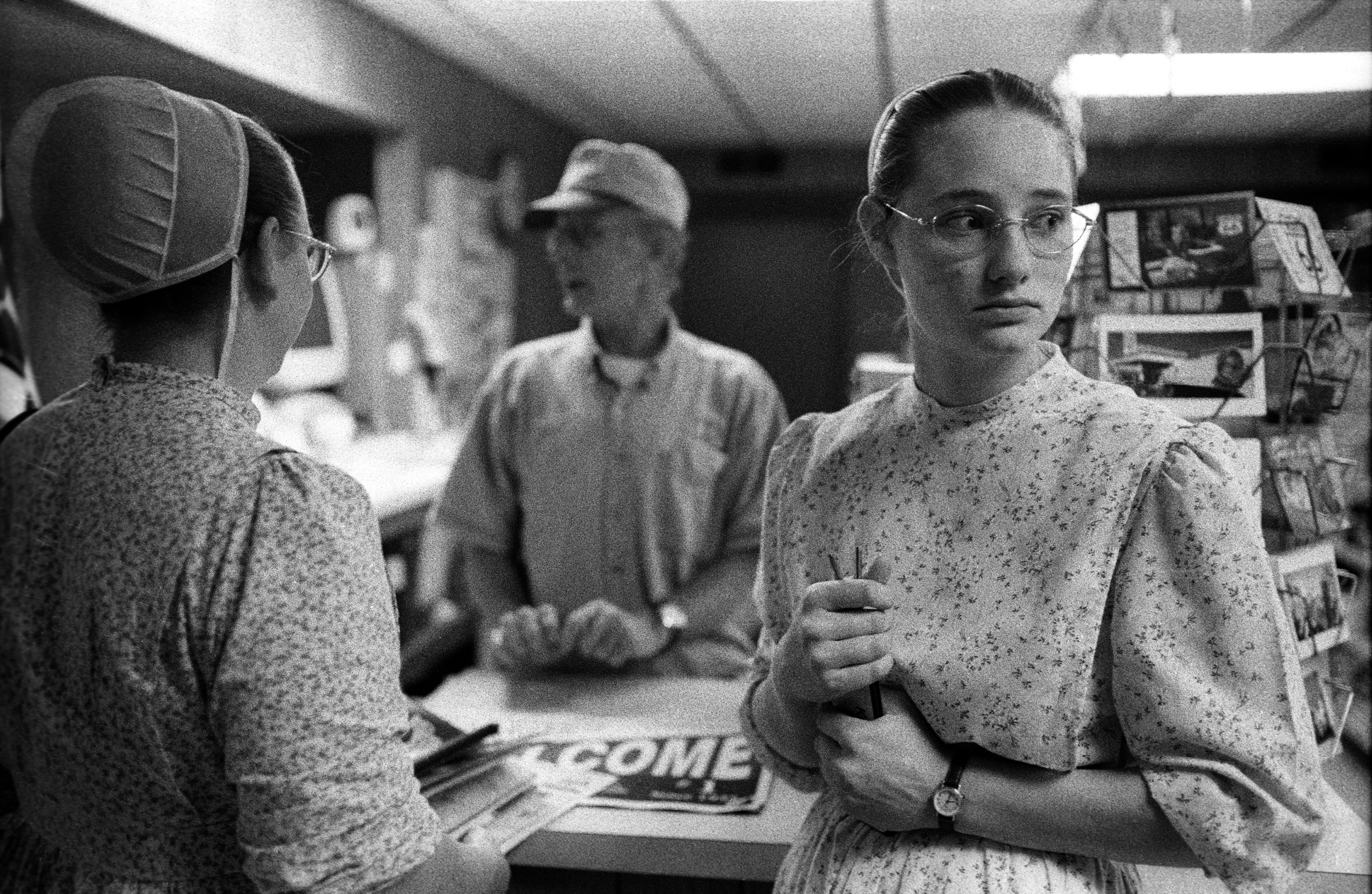 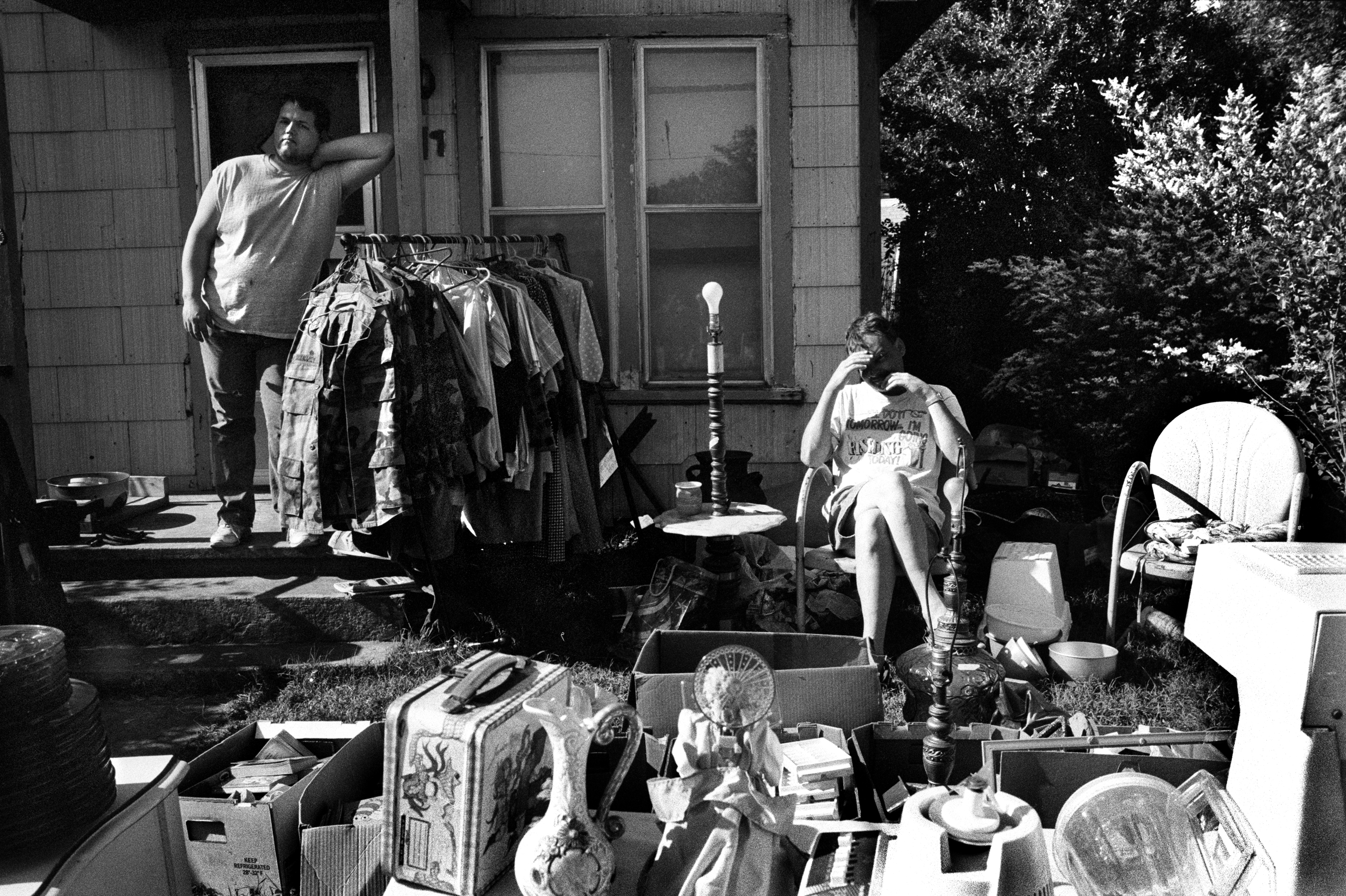 A slow day on a slow road in rural Missouri. Two friends try to rent from selling junk. Asked how often they hold their sale, the fellow on the right replied, “Every day.” 2000. 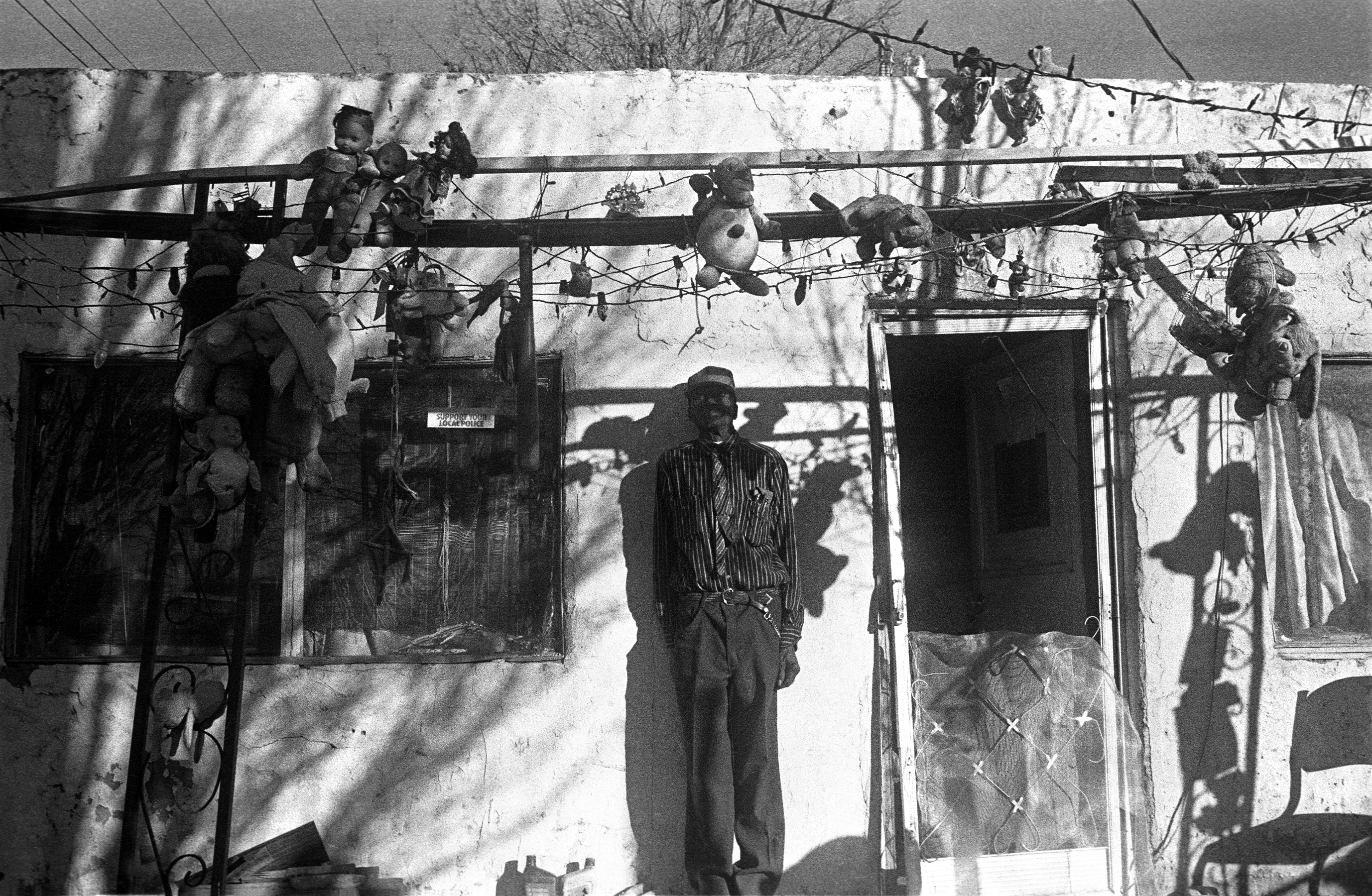 Winslow, Arizona: A nonagenarian, African American man leaning against side of his house posing for a photo. On my next trip through Winslow I stopped by to say hello and learned he had passed away six months earlier. 2003. 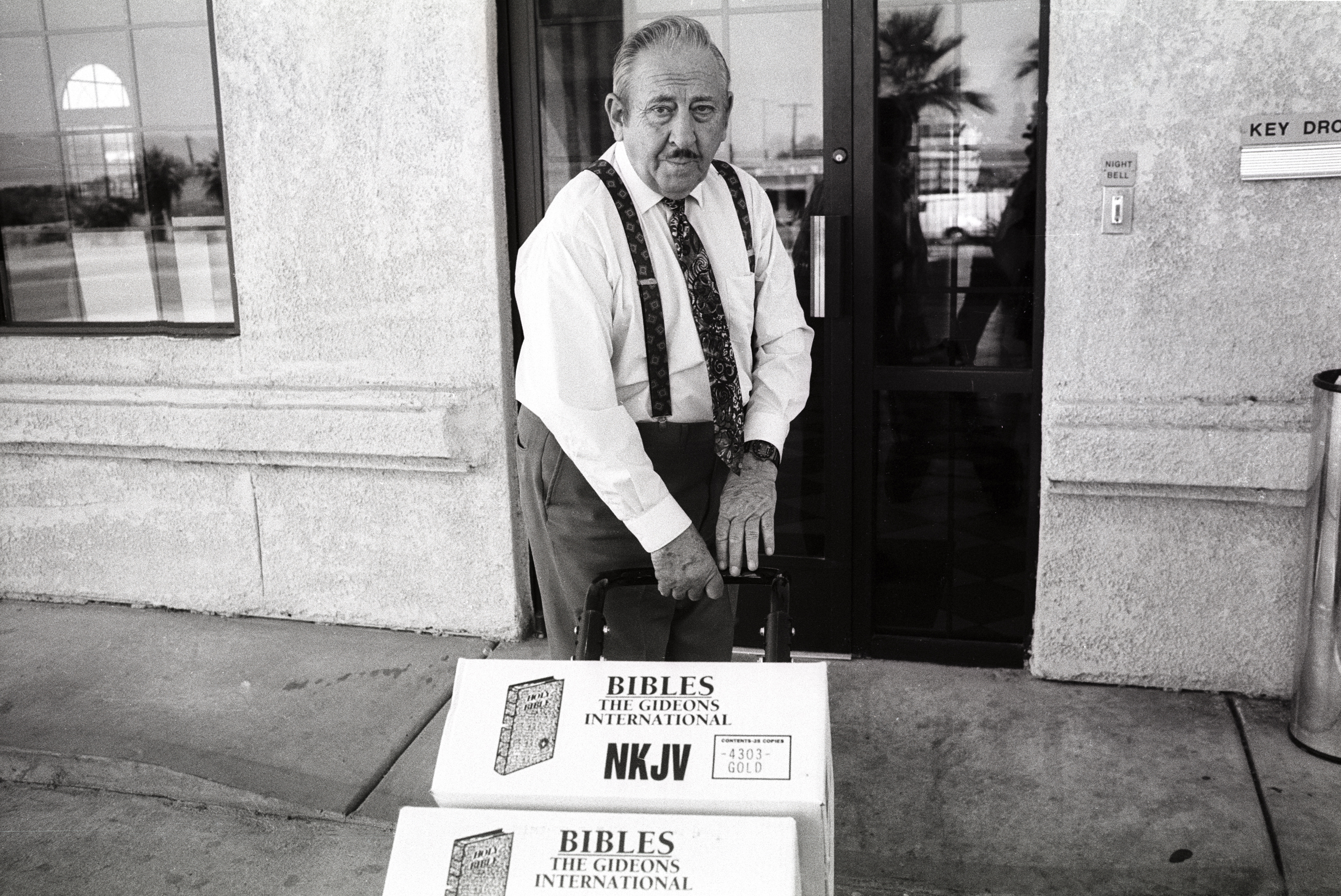 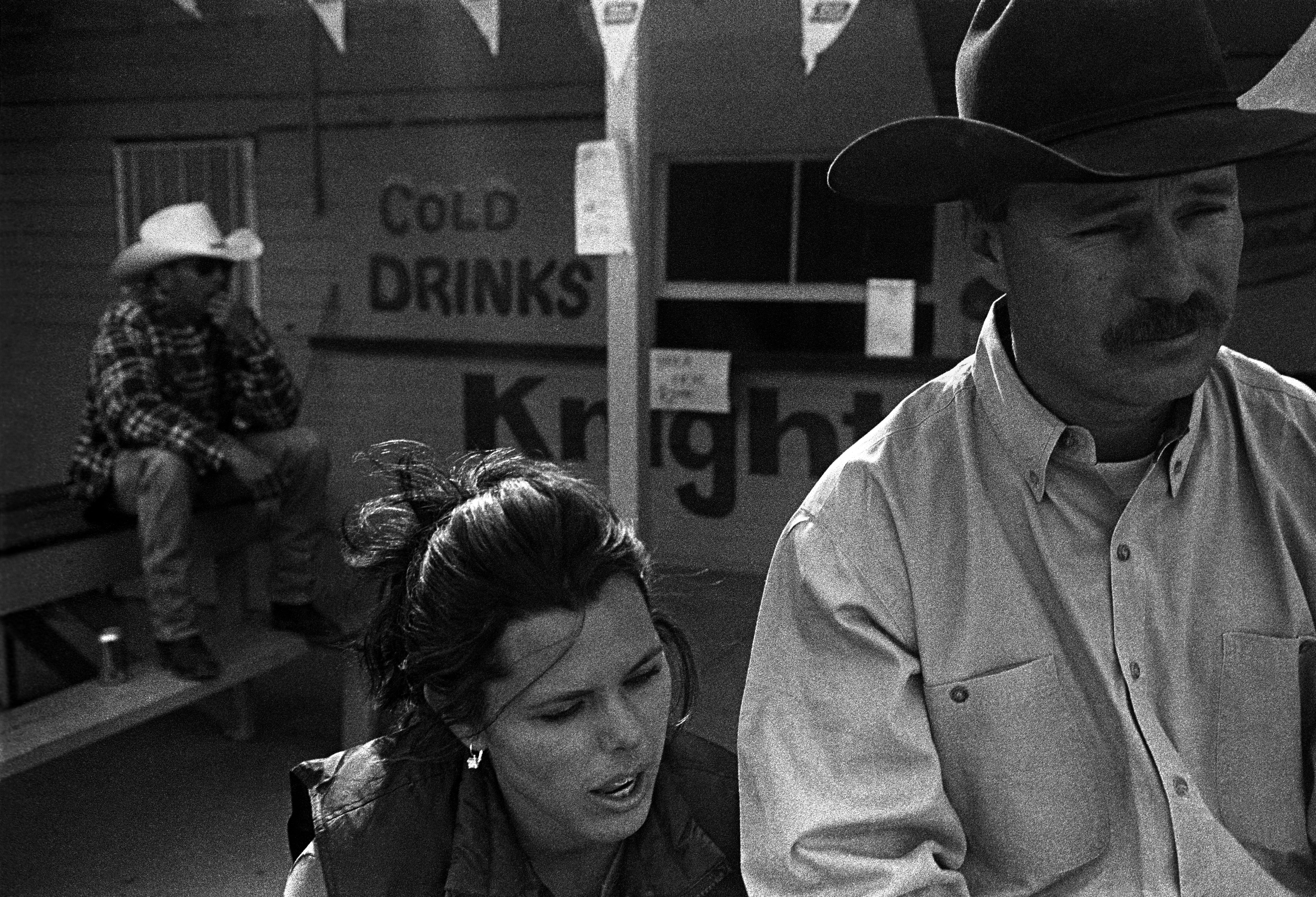 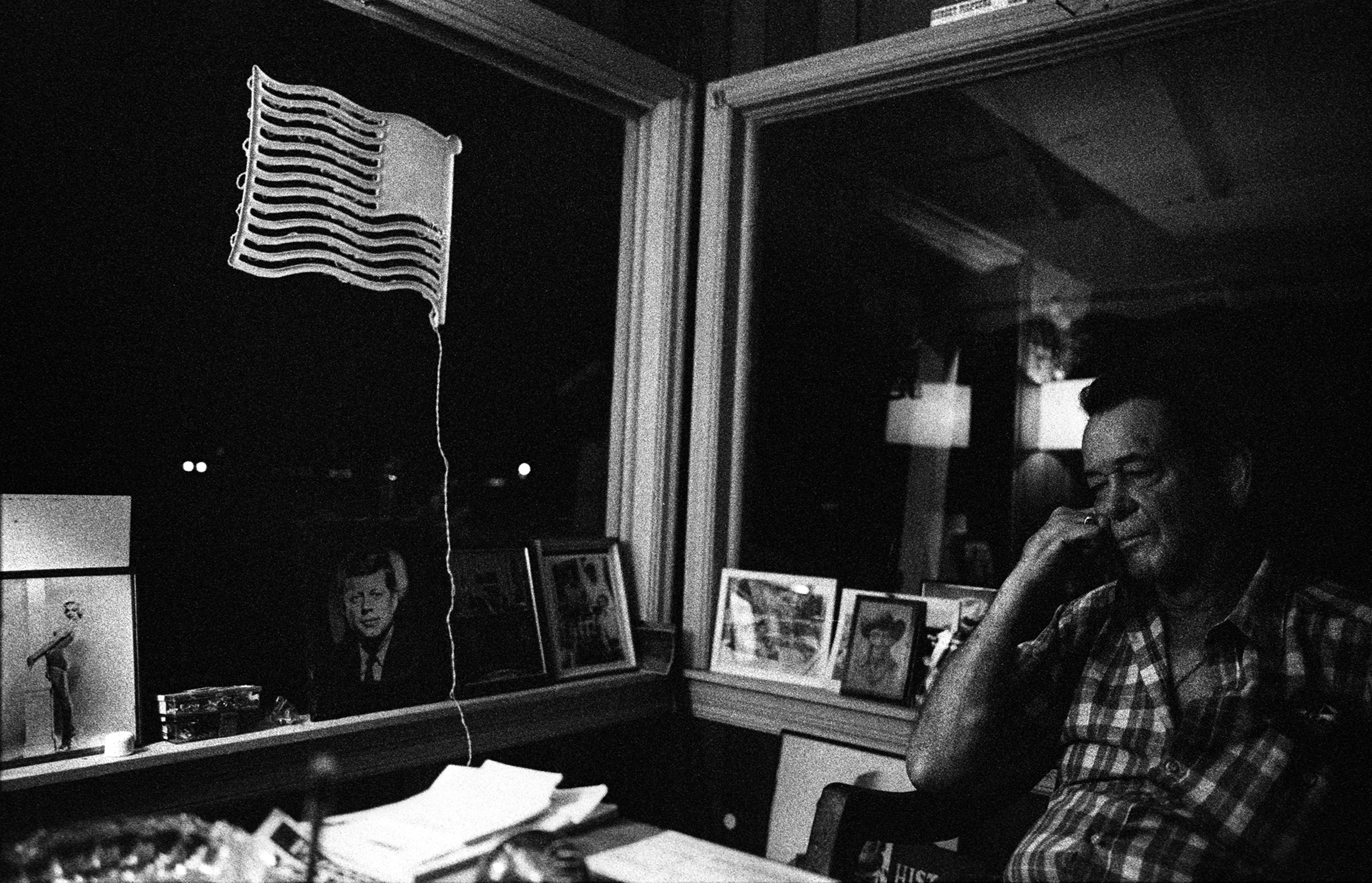 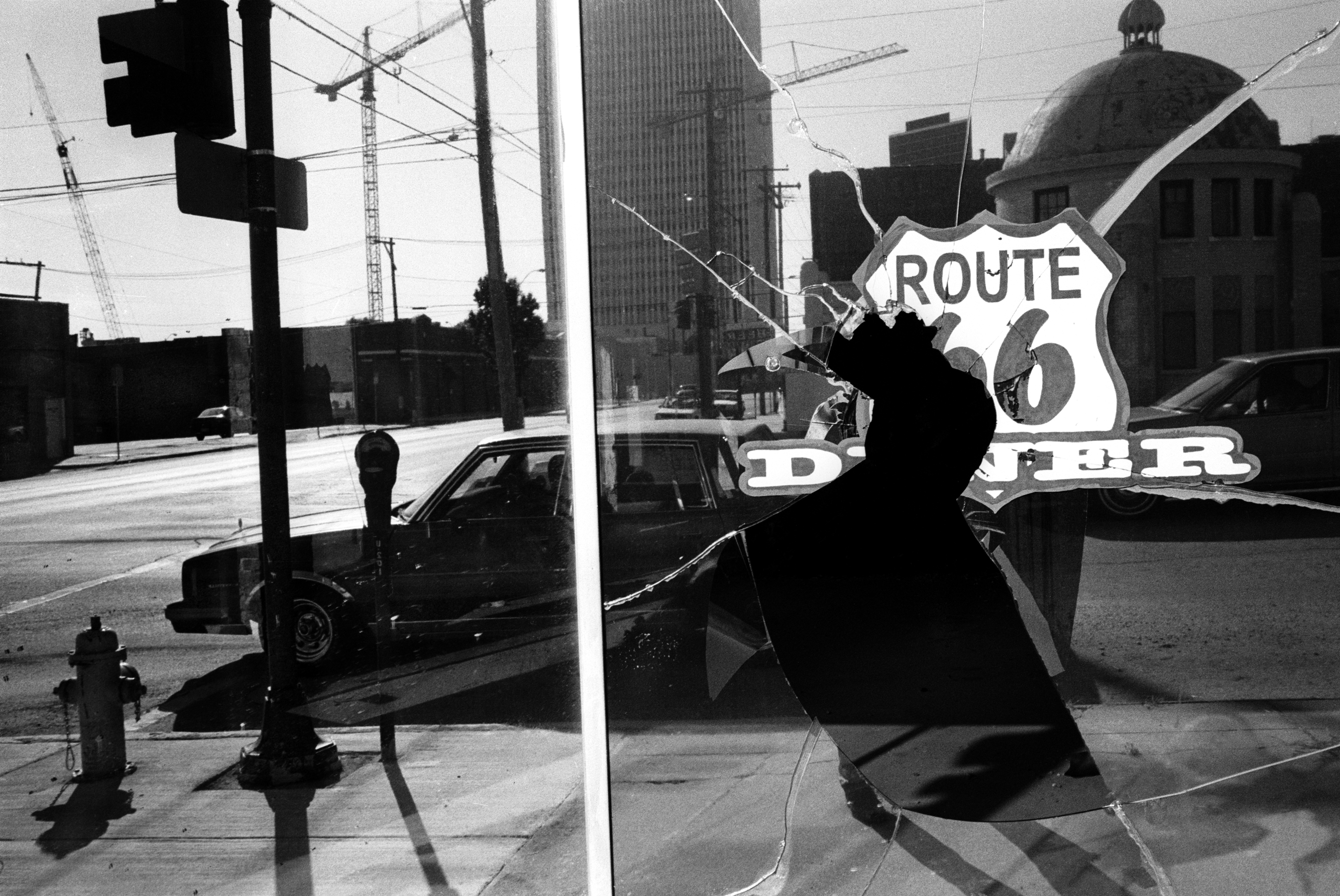 Read Next
The Resurrection of the Meteor City Trading Post
By Katharine McLaughlin
Meet Me at the Monte V
By Melanee Morin
The Saddest Trading Post on 66
By Blue Miller
The Man behind the Voice
By Brennen Matthews
The International Car Forest
By Blue Miller
The Most Famous Ranch in the World
By Efren Lopez
Read Next
Simple Days in Pontiac, Illinois
By Efren Lopez
9 Essential Books to build Your Route 66 Library
By Staff
Take Me Out to the Ballgame
By Anna Browning
The Clown Motel
By Alex Sallas
6 Living Ghost Towns in Arizona that Deserve a Visit
By Melanee Morin
Heart of the Navajo Nation
By David Schwartz
Read Next
Cattlemen's Cafe - Where Cowboys Eat
By Rachel Fernandez
Gem of the Ozarks
By Hayley Bell
Here It Is
By Jim Hinckley and Lea Loeb
Friends For Life
By Nick Gerlich
A Quiet Place
By Frank Jastrzembski
Carrying on Tradition
By Cecil Stehelin