Mother Road enthusiasts fondly think of 1926 as the golden year that birthed the legendary Route 66. The numerical designation 66 was assigned to the Chicago-to-Los Angeles route in the summer of 1926, and the US Highway 66 was established later that year on November 11th. But what else was happening in 1926? This series takes a look at the cultural and social milieu from which Route 66 emerged - the famous, the infamous, the inventions, and the scandals that marked 1926 as a pivotal year. In this issue, we bring you the story of the notorious gangsters, Bonnie and Clyde. 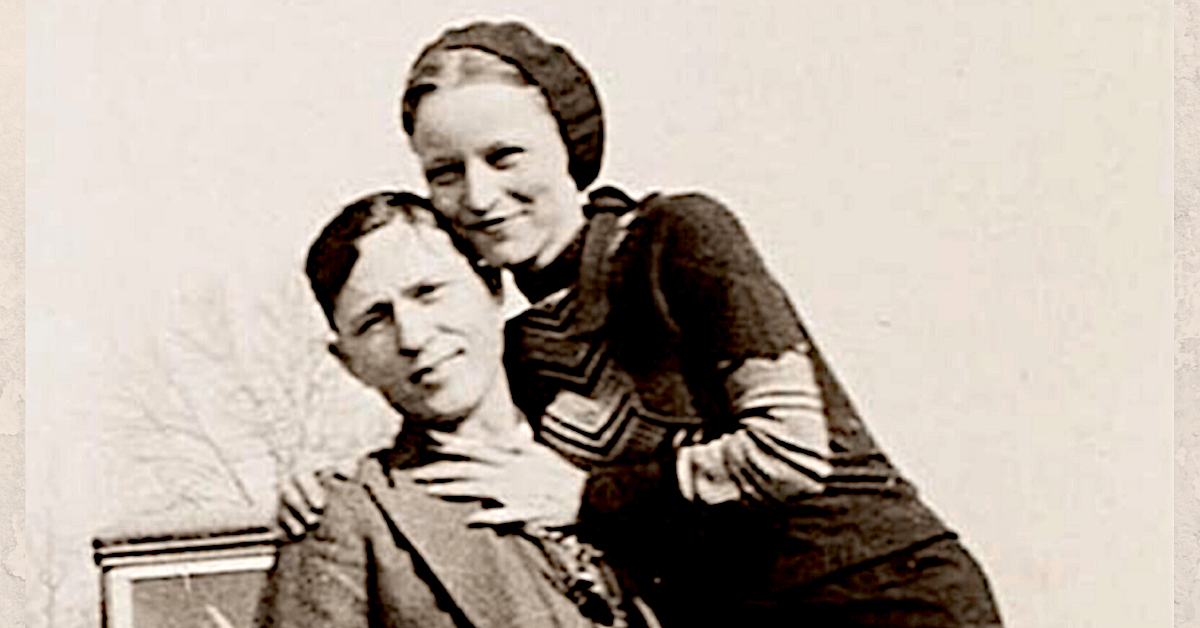 In 1926, Route 66 would officially receive its numerical designation. Also in 1926, just shy of her sixteenth birthday, Texas high school student Bonnie Parker would drop out of school to marry her classmate, Roy Thornton. They would separate shortly after, but never officially divorce. That same year, 19-year-old Clyde Barrow would be incarcerated for the first time for fleeing police after failing to return a rental car. Clyde, who up to that point had aspirations of becoming a musician, was influenced to take up a life of crime by his older brother, Buck. Clyde’s second arrest for stealing turkeys followed soon after his first. Clyde’s incarceration would set him on a course to a lifelong vendetta against law enforcement officers, which would lead to his and Bonnie’s eventual downfall.

Bonnie Parker and Clyde Barrow met in 1930 through a mutual friend. Immediately smitten, their fledgling relationship was soon interrupted by Clyde’s incarceration at Eastham State Prison Farm. Eager to begin her new life with Clyde, Bonnie smuggled a gun into the prison, with which Clyde managed to escape. Clyde was soon recaptured and would not be paroled until 1932. Clyde Barrow emerged from the brutal prison a hardened ex-con with a chip on his shoulder towards law enforcement. Bonnie and Clyde, aided by a rotating group of accomplices, cut a swath through the US, using and even being photographed in front of a Route 66 highway shield.

It was in Joplin, Missouri, a town which has three intersections to Route 66, at a modest apartment over a garage at 3347 1⁄2 Oakridge Drive, where the gang was forced to leave behind most of their possessions, after fleeing from the police. Among the lost possessions were several of Bonnie’s handwritten poems and a camera containing the now famous picture of Bonnie with a cigar protruding rakishly from her teeth and a pistol in her hand.

Despite the fact that Bonnie and Clyde avoided killing whenever possible, instead, taking prisoners and often releasing their hostages with enough money to get home, by 1932, public opinion of the couple had soured. Due to their many narrow escapes, law enforcement efforts intensified and a trap was laid. Bonnie and Clyde were finally ambushed in Bienville Parish, Louisiana, by officers hiding in the bushes, who didn’t give the couple an opportunity to surrender. The coroner reported seventeen entrance wounds on Barrow’s body and twenty-six on Parker’s. Soon after their deaths, a crowd gathered to collect grisly souvenirs, including bloody locks of Parker’s hair and pieces from her dress. An onlooker was interrupted attempting to sever the trigger finger from Barrow’s corpse. Bonnie and Clyde’s bullet-riddled Ford became a traveling attraction known as “The Death Car.” At the time people could pay a dollar to sit in it and take pictures. Today, it is on display in Whiskey Pete’s casino in Primm, Nevada.