THE YEAR OF 1926 - LAUNCH OF THE NATIONAL BROADCASTING COMPANY

The numerical designation 66 was assigned to the Chicago-to-Los Angeles route in the summer of 1926, and US Highway 66 was established later that year on November 11th. But what else was happening in 1926? This series takes a look at the cultural and social milieu from which Route 66 emerged - the famous, the infamous, the inventions and the scandals that marked 1926 as a pivotal year. In this article, we bring you the beginnings of the National Broadcasting Company. 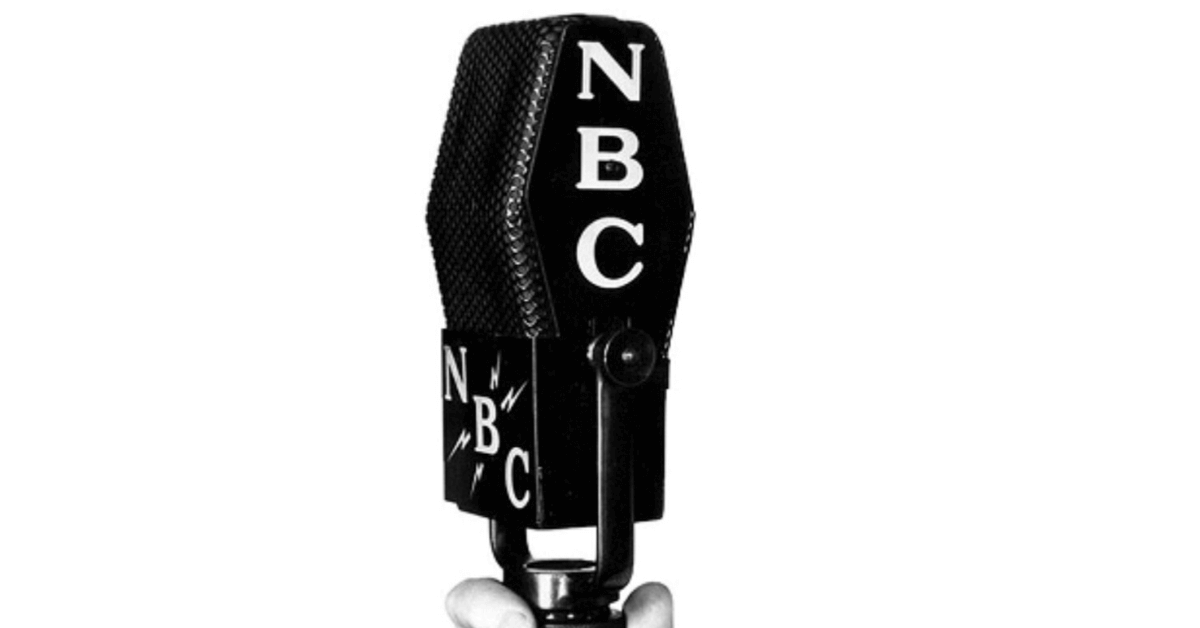 The Roaring ‘20s introduced many exciting ideas and creations to America: the establishment of Route 66, women’s right to vote, sound in film and the commercial broadcast radio. While the Mother Road changed the way people traveled, radio changed the way people stayed connected. Prior to the 1920s, radios were primarily used for ship and military communication. Now, like the automobile, they were becoming more affordable and widespread. This gave Americans access to news and entertainment from the comfort of their homes.

The National Broadcasting Company (NBC) was a leader in the spark of radio’s Golden Age. The network came together with the help of three companies: Radio Corporation of America (RCA), American Telephone and Telegraph (AT&T) and Westinghouse Electric Corporation. As an original attempt to sell AT&T’s radios and other technology, RCA bought and joined two early East Coast radio stations that were owned by AT&T and Westinghouse. The merging of these two stations would create NBC and flourish into much more than RCA initially imagined.

NBC was officially founded in June 1926 — the same year Route 66 was born. It was a parallel of freedom, connection and endless possibilities in a changing America. NBC was the first permanent, full-service radio network in the United States. There had been national broadcasts prior to their establishment, but only for what were considered the most important events, such as presidential inaugurations. They commercialized radio and set an example for broadcasting systems across the globe.

In Nov. 1926, close to 2.5 million homes tuned in for the launch of NBC’s first broadcast. Hosted from a hotel ballroom in New York City, their four-hour show highlighted popular musical and comedic acts and reached as far west as Kansas City, Missouri. The following January, NBC had their first successful coast-to-coast broadcast with coverage of the Rose Bowl football game in Pasadena, California.

These events would pave the way for the future of the medium. Sports, news, weather forecasts and pop culture entertainment quickly became staples of American radio. One of the biggest groups impacted by commercial radio were rural families — about half of the population at the time. It was a way for these previously detached towns to stay connected in real-time with the rest of the country. NBC even started the “National Farm and Home Hour”— a program geared toward the agricultural community.

Over the years, NBC continued to add poignant and fascinating segments to their broadcasts. The age of television prompted them to introduce some of America’s most beloved shows, including “The Tonight Show” in 1954 and “Saturday Night Live” in 1975. Their simple three-chime sequence, originally used to cover the sound of switching stations on air, became one of the most famous sounds in broadcasting. It was also the first sound in U.S. history to be trademarked. They crafted their most famous logo — the colorful peacock — when color television made its way to the scene. Audiences were captivated by the technological advancement and NBC wanted to take advantage of this.

In 1956, their peacock flashed stunning shades of green, blue, violet, orange, maroon and yellow for the first time. The logo has evolved since then, but is still recognizable around the world. To this day, the oldest major broadcast network in the country reigns as one of the best.