STRANGE BUT TRUE - The Far Side of Route 66

Route 66 may be one of the most well-known highways in the world, but beyond the thousands of miles of asphalt lie a plethora of the strange, the unusual and the quirky. If you’re looking for something out of the ordinary, look no further. A road that sings, a body twisted in two and a deep lagoon that links states are just some of the more obscure elements of the Mother Road. Read on and prepare to be intrigued.

If you want more from the pavement than just a smooth driving surface, head over to a stretch of Route 66 between Albuquerque and Tijeras in New Mexico. In 2014, the New Mexico Department of Transportation installed special grooves along the side of the road; if you drive over them at exactly the speed limit of 45 mph, you can hear “America the Beautiful” play through the vibrations in your car’s wheels. Highways will never sound the same again.

If you prefer your highways to scream instead of sing, there are countless haunted areas along Route 66 that can appeal to a more macabre spirit. Just north of Eureka, MO, in the area of Wildwood outside St. Louis lies Zombie Road (real name: Lawler Ford Road). After traversing through two miles of woods, it comes to a dead end at an old rock quarry. The road’s name comes from a mysterious murderer known only as “The Zombie” who would attack those driving by. If that’s not enough, it is also the site of a large Native American burial mound, and there’s numerous stories of spectral American Indians and Confederate rebels, packs of child ghosts and the tortured souls of working men killed in industrial accidents. Maybe you should stay on the main road.

Dean Walker, a Kansas Route 66 advocate, is called “Crazy Legs” for a reason. He has the ability to turn both his legs completely backward - he can walk away from you while staring you in the face! This physical feat and Walker’s jovial personality have been entertaining Route 66 travelers for years. He was also one of the inspirations for the character of Mater in the Disney/Pixar movie Cars - a tow truck known for his backward driving prowess.

Roy Gardner was once America’s most infamous criminal, a celebrated outlaw and escaped convict during the Roaring Twenties. He began his career as a train robber in Arizona and California, and a couple of days after a notable heist in 1921 he was arrested. Attempting to reduce his long sentence, he offered to lead the officers to his stash, but instead, led them on a wild goose chase claiming he forgot where he had buried it. An estimated $250,000 of his loot still remains hidden, but legend has it that he buried some $16,000 in gold coins in the cone of an extinct volcano near Flagstaff, Arizona. Happy hunting!

Like a shimmering oasis in the desert, the Santa Rosa Blue Hole is a sapphire gem located along Route 66 between Amarillo and Albuquerque, New Mexico. This artesian well has crystal clear water that is continuously renewed and is a mecca for scuba diving enthusiasts. But the real mystery surrounding the Blue Hole is how deep does it go? Below the main pool lies a labyrinth of tunnels and caverns over 200 ft deep - legend has it they lead as far as Texas. However, efforts to uncover the mysteries of the deep have been shrouded in tragedy. In 1976, two divers drowned while exploring the caves and the tunnels were closed for safety. The ADM Exploration Foundation was able to gain access to the tunnels in 2016, but tragically, one of their divers accidentally drowned. The mystery of the Blue Hole remains for now. 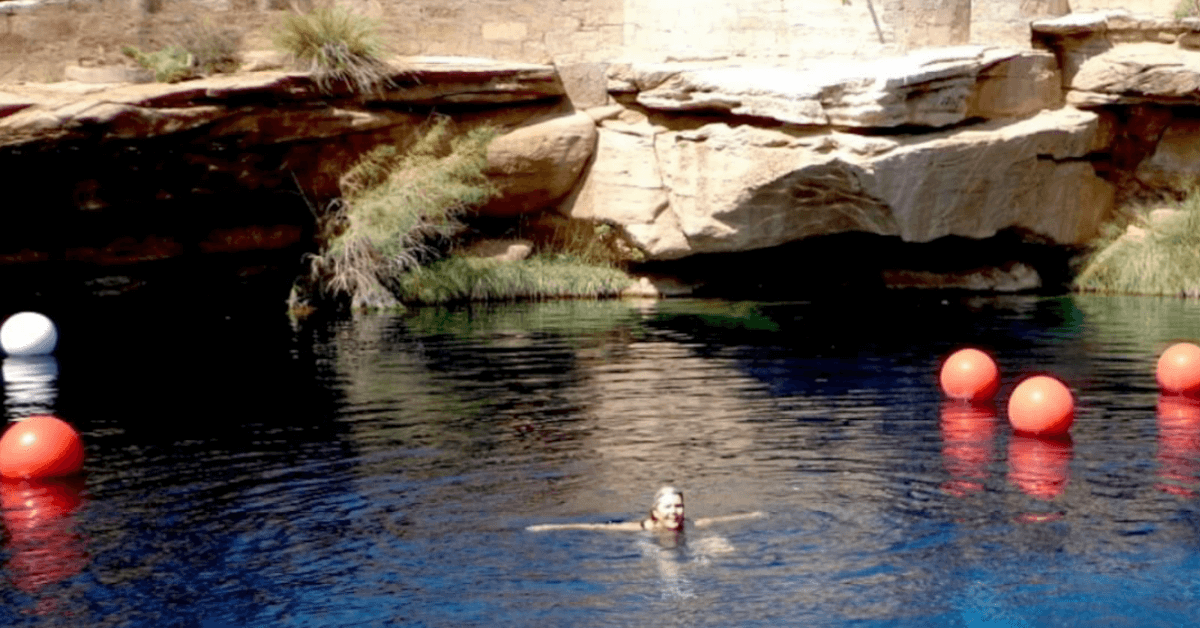