The Year of 1926 - Harry Houdini Dies of a Sucker Punch

Mother Road enthusiasts fondly think of 1926 as the golden year that birthed the legendary Route 66. The numerical designation 66 was assigned to the Chicago-to-Los Angeles route in the summer of 1926, and the US Highway 66 was established later that year on November 11th. But what else was happening in 1926? This series takes a look at the cultural and social milieu from which Route 66 emerged - the famous, the infamous, the inventions, and the scandals that marked 1926 as a pivotal year. In this issue, we bring you the magic of Harry Houdini, the worldwide sensation who tragically passed away at the age of 52 on October 31st, 1926. 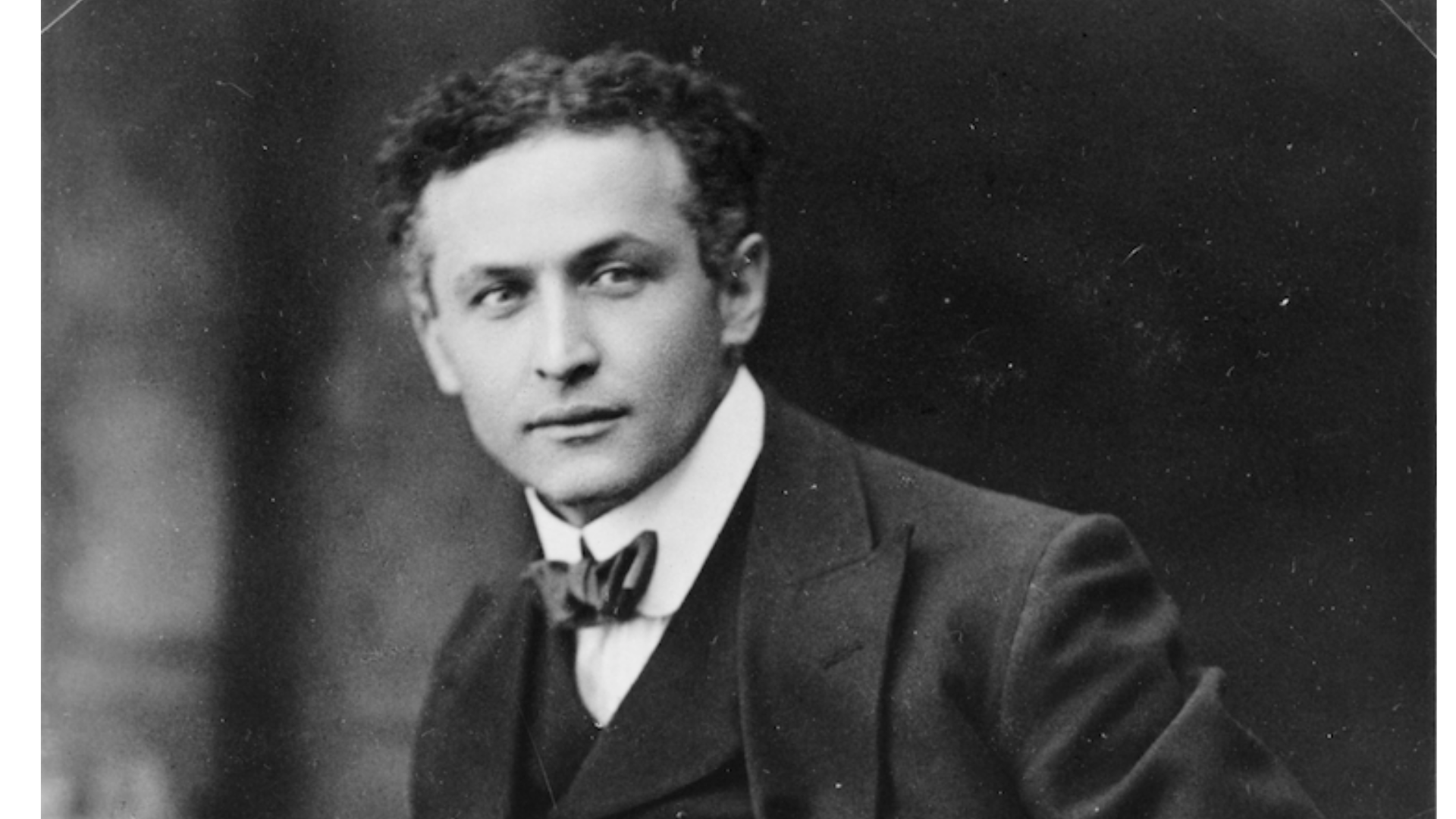 Houdini is hanging upside down, his feet secured in stocks, and he is being lowered into a locked glass tank filled with water. The stocks are affixed to the top of the tank, and Houdini has only his wits and the air in his lungs to keep him going during the next three minutes. As the audience watches breathlessly, Houdini magically releases himself from his restraints and escapes just in the nick of time.

First debuted in 1912, this was known as the Chinese Water Torture Cell and would become the hallmark of Houdini’s career.

Houdini was originally born as Erik Weisz – later changed to Ehrich Weiss – in Budapest, Hungary, in 1874 to a rabbi and his second wife. The family moved to America a few years later, eventually settling in New York City where Weisz began practicing magic and trapeze arts. When he became a professional magician, he changed his name to Harry Houdini: the first name being a derivative of his childhood nickname, “Ehrie,” and the last, a homage to the great French magician Jean Eugène Robert-Houdin.

Although he was proficient in several types of magic and escape acts, Houdini became famous for his ability to escape handcuffs. In every town he visited, he tasked the local police with handcuffing him and locking him up, and every time he was able to escape. When he embarked on a tour of Europe, he began with a demonstration of escaping handcuffs at Scotland Yard.

Houdini specialized in many other fascinating acts, including his suspended straitjacket escapes (most often suspended from a tall building or crane), his overboard box escapes, where he had to escape from a sealed and weighted packing crate after it was dropped in water, and his buried alive stunts. One of his earlier tricks, called Metamorphosis, involved switching places with an assistant in a locked box. Houdini ended up marrying his assistant, Wilhelmina Beatrice Rahner, and they worked together for the rest of his career.

One of Houdini’s more spectacular shows occurred two months before his death in 1926, when he stayed in a coffin underwater for one and a half hours before escaping. In October that year, Houdini was performing in Montreal when two McGill University students visited his dressing room. Houdini was known to profess that he could withstand any blow to the abdomen, and one of the students took him up on the offer, hitting Houdini four times in the stomach. Houdini performed in great pain that night but waited to see a doctor until his shows were finished, two days later. By then, he had acute appendicitis, and when the doctors operated, his appendix had already burst and Houdini died on Halloween, October 31st, 1926.

Over 2,000 mourners attended Houdini’s funeral in New York City on November 4th, paying tribute to one of the greatest showmen the world had ever seen. Houdini had also starred in movies, was an avid amateur aviator, and was president of the Society of American Magicians, offering support to fellow magicians and uncovering frauds. His gravesite bears the seal of this society, and to this day the Society holds a broken wand ceremony at the grave every November.