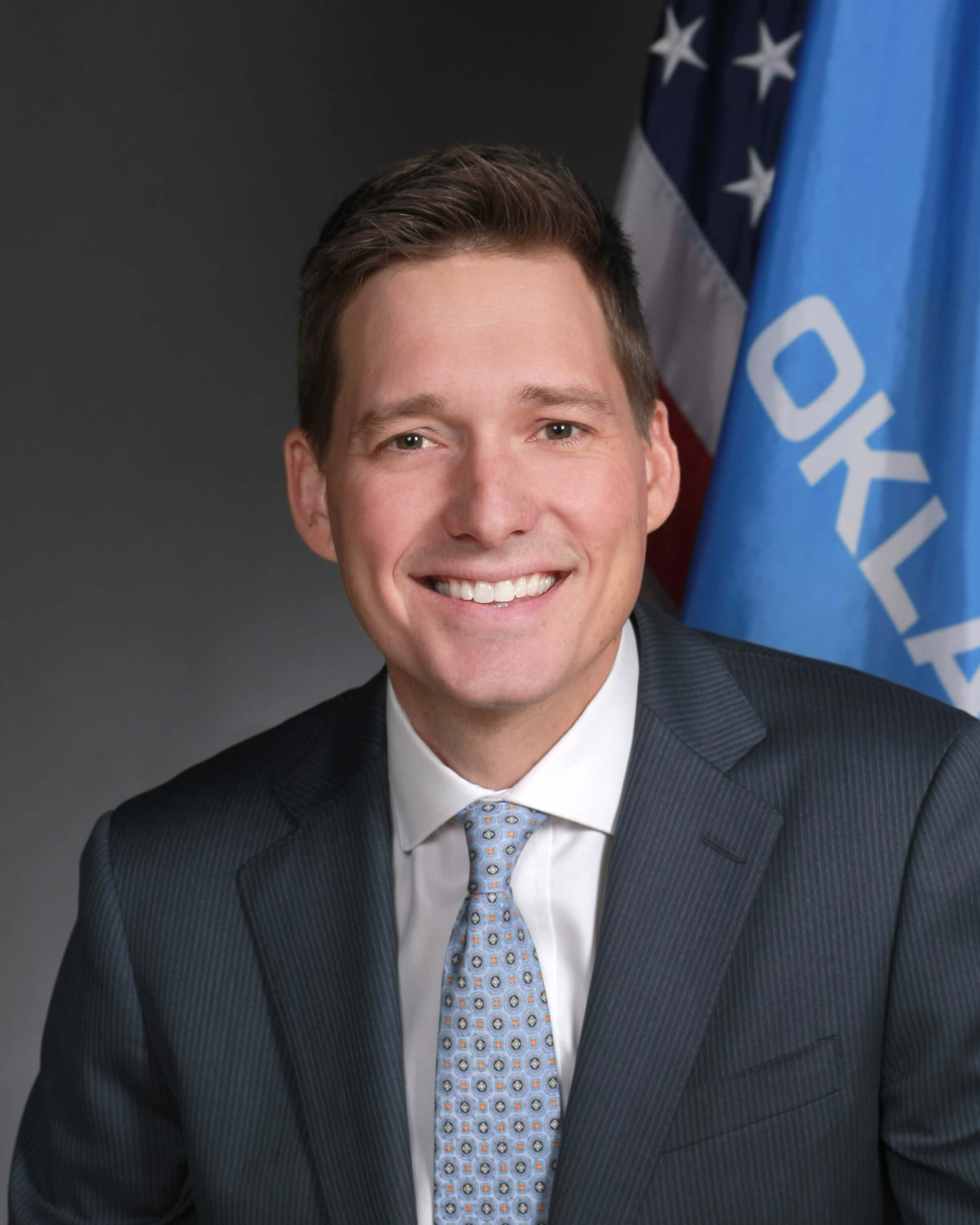 Oklahoma is home to the longest stretch of original Route 66, cutting almost diagonally across the state. The drive takes you through grasslands, open plains and through quintessential small town America. Attractions throughout the state are in plenty, ranging from museums, neon signs, diners and historical sites, making Route 66 a key piece of the Sooner State’s tourism economy.

Matt Pinnell serves as Lieutenant Governor of Oklahoma as well as the state’s first Secretary of Tourism and Branding. He has publicly expressed strong support for the conservation and promotion of Route 66 as a fundamental part of Oklahoma’s tourism industry.

In this interview, he shares his vision and plans for promoting Route 66 in the Sooner State.

How did you get into politics?

Really, in college. I was a public relations advertising major, which I do think is a unique background for a politician. In this kind of role, sales and marketing is what I’m passionate about. I really took that sales and marketing experience and brought it into politics, is the long and short of it. I started working on a couple of political campaigns in college, and just got it in the bloodstream, so to speak. I really enjoyed working on political campaigns and getting people elected. One campaign and one political job just kind of led to another. I always expected to return to the private sector and go and work for a public relations advertising firm. But each political job led to another one and they gave me more and more experience, and more leadership ability. I can look back twenty years and here I am now as Lieutenant Governor.

Is the Lieutenant Governor role an appointee, or an elected role? 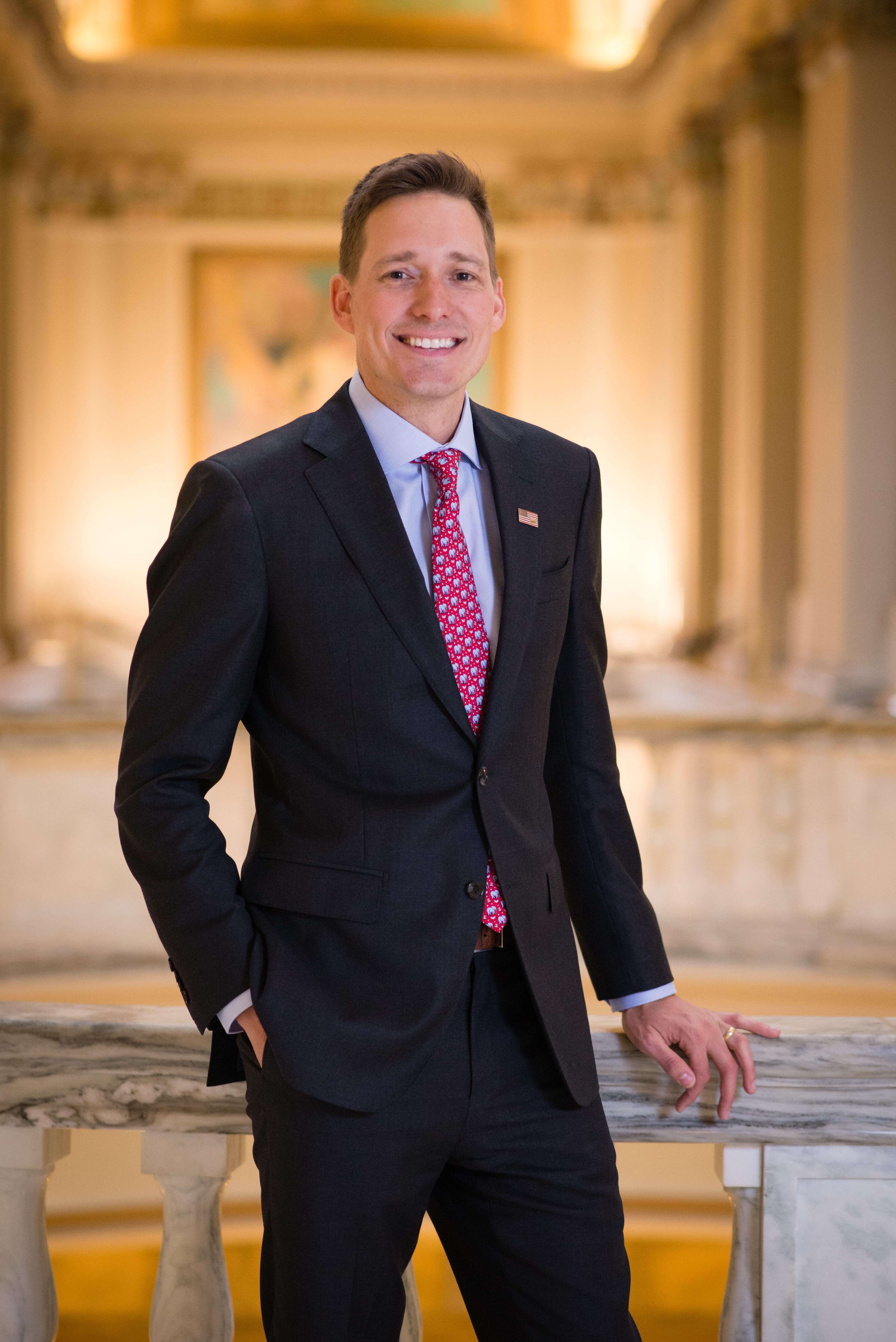 But it’s really a blank slate kind of position in Oklahoma. It’s what you make it. You know, that’s what I tell people. The Lieutenant Governor position in Oklahoma is what you make it. I made it all about tourism. I ran on that platform, and I won all seventy-seven counties in Oklahoma, which is very unique. But I think it’s because I was actually running to be Lieutenant Governor, I wanted to be in the position of Lieutenant Governor. To sell and market the state, and to really champion tourism. I think it’s a big reason I got Republicans and Democrats and Independents behind my candidacy because I ran on a platform that I think spoke to a lot of people in Oklahoma.

When you look at Route 66, in a state like Oklahoma, do both Republicans and Democrats alike understand the potential impact of the highway across the state?

I would say yes. I’ve had very bi-partisan support. I’m a bulldog on [using] more marketing dollars to promote it. [Often] one of the first things that gets cut [by states and cities] are the marketing dollars, the marketing budget. Which is always counterproductive because that’s the one area that actually makes a city or state money. I’m communicating that to our legislators, that listen, if you give me a larger promotional budget, we’re going to get all of that money back and then some. For every dollar I spend on advertising in Oklahoma, I get about seven dollars back. So, we know that marketing in the state of Oklahoma works, we’re very authentic. We have that authentic “American” experience that international tourists and tourists around America are looking for. But it is one of the things that I’m fighting for right now: a more aggressive promotional marketing fund inside the department of tourism to further market Route 66.

It is important that we play to our strengths. Any state that is successful plays to their strengths. I remind legislators and voters in Oklahoma. Let’s not try to be something that we’re not. I don’t want to be Maine. I want to be Oklahoma. No state can match our heritage and our history, we believe. We have more drivable miles of the most famous road in the entire world. We make this harder than it has to be. Let’s just play to that strength, let’s play to that Native American history as well, and some of that’s right off Route 66 too. That’s really what I’m preaching around the state but included with that is a very focused and detailed marketing plan to get more people off roads and bridges in Oklahoma [and] in our communities dropping critical sales tax dollars along the way.

Have you driven all of Route 66 in Oklahoma, and have you done any of Route 66 outside of the state?

In Oklahoma, for sure, yes, I would say a number of times I’ve done really the entire route. From Miami to Erick. Around the country, I have not done the entire route, I’ve spent some time in Albuquerque, I’m very interested in what they’ve done in Albuquerque with some of their boutique hotels. The renovation efforts with some of their.... I’m encouraging private donors in Oklahoma right now, that’s one of the many parts of this campaign for me, is really getting to the private sector and engaging them and getting them interested in investing in some of these properties along Route 66. And that includes some of the boutique hotels. Albuquerque has done a really good job of this.

I have future trips planned though: a few to Arizona, then, not to change course here, but getting much more aggressive with international markets, I’ll be in Taiwan, and I’ll be in the Czech Republic for the International Route 66 Convention. We’re planning a trip to Japan, which is the number two international market for tourists in America. So, we’re gonna start getting much more aggressive and being proactive with those countries, in talking about Route 66. They’re already fascinated by [Route 66].

Do you support private buyers coming and saving Route 66-located signs for their own private collection, or do you think that Oklahoma should actually protect, and even preserve the old signs and buildings along the route that are no longer open?

Great question. I’m definitely in the boat of protecting and preserving as much as we can along the route. In Tulsa, for them to fuel that, they’re offering a great program, a matching grant to these business owners. I like that program, it’s been wildly successful in Tulsa, and there’s a number of projects in the works right now. We’re going town-to-town and working with them. The main street program in Oklahoma, the chamber of commerce is making sure that they’re going to those private individuals and those companies, and the key, for me here, is communicating and talking to them about how powerful of a marketing tool it is for them. And getting them on-board. And we’ve done that with a few individuals. I’m personally involved in trying to save the Brookshire Motel in Tulsa.

I’m a preservationist, I want to preserve as many of those signs... I’m well aware that that means that towns also need to do their part. Tulsa came up with a creative idea, Ken Busby (Route 66 Alliance) is leading that effort in Tulsa, this matching grant program, so I’m working with the legislature to try and create a fund inside the department of commerce that could also help from a statewide level. Cities could apply for matching dollars to help the renovation effort.

We’re really just at the beginning stages of just dreaming about this, but Lincoln Boulevard that leads up to the state capital in OKC used to be lined with Route 66 signs, back in the day, in the glory years. Dr. Blackburn, the Historical Society and I, are formulating a plan right now to bring some of those signs back. So, that means some of the signs that may be in storage somewhere, that someone privately has, it may mean recreating some of those signs, which I’m in support of, as well. We’re doing two-fold. We’re working with cities and we’re working with private businesses, but I’m also looking to get some public dollars to create, maybe some sort of neon light district, or neon park near the state capital.

You have expressed support for preserving and protecting on Route 66 but is there much of an appetite with the government in Oklahoma to support new things coming onto the Road that are privately owned?

100% yes. One of the things that we’re able to leverage now is that we have created, and I know a lot of other Route 66 states have done this too, a centennial commission, with the centennial coming up. So, we passed legislation last session creating the centennial commission, and we have a number of [groups]: Oklahoma Historical Society, the main street program, Keep Oklahoma Beautiful, the Arts Council, you know, all the groups that you think would be on that. And then we have appointments to myself, Speaker of the House, the Governor, to that board as well. And that will be a way for us to again, raise money both in the public and private sectors. To build things. We’re not just talking about preservation in Oklahoma, we’re talking about building things. Because we know, if you build it, they will come.

Lt. Governor Pinnell and the state of Oklahoma have some big plans and a vision that will continue to attract visitors to the Sooner State for a long time to come.