A Conversation with Robert Patrick

Whether he’s playing an android assassin on Terminator 2, a high-ranking Army Colonel on The Unit, or the handler of a team of paranormal investigators on The X-Files, Robert Patrick steals the scene with his signature gravitas and intense presence. When he’s not in front of the camera, more often than not, you’ll find Patrick on his Harley-Davidson, crisscrossing the country as part of the Boozefighters — a motorcycle club that raises money to help vets, children and the poor. Here, Patrick talks with ROUTE Magazine about his inspiration for American road travel and for Route 66. 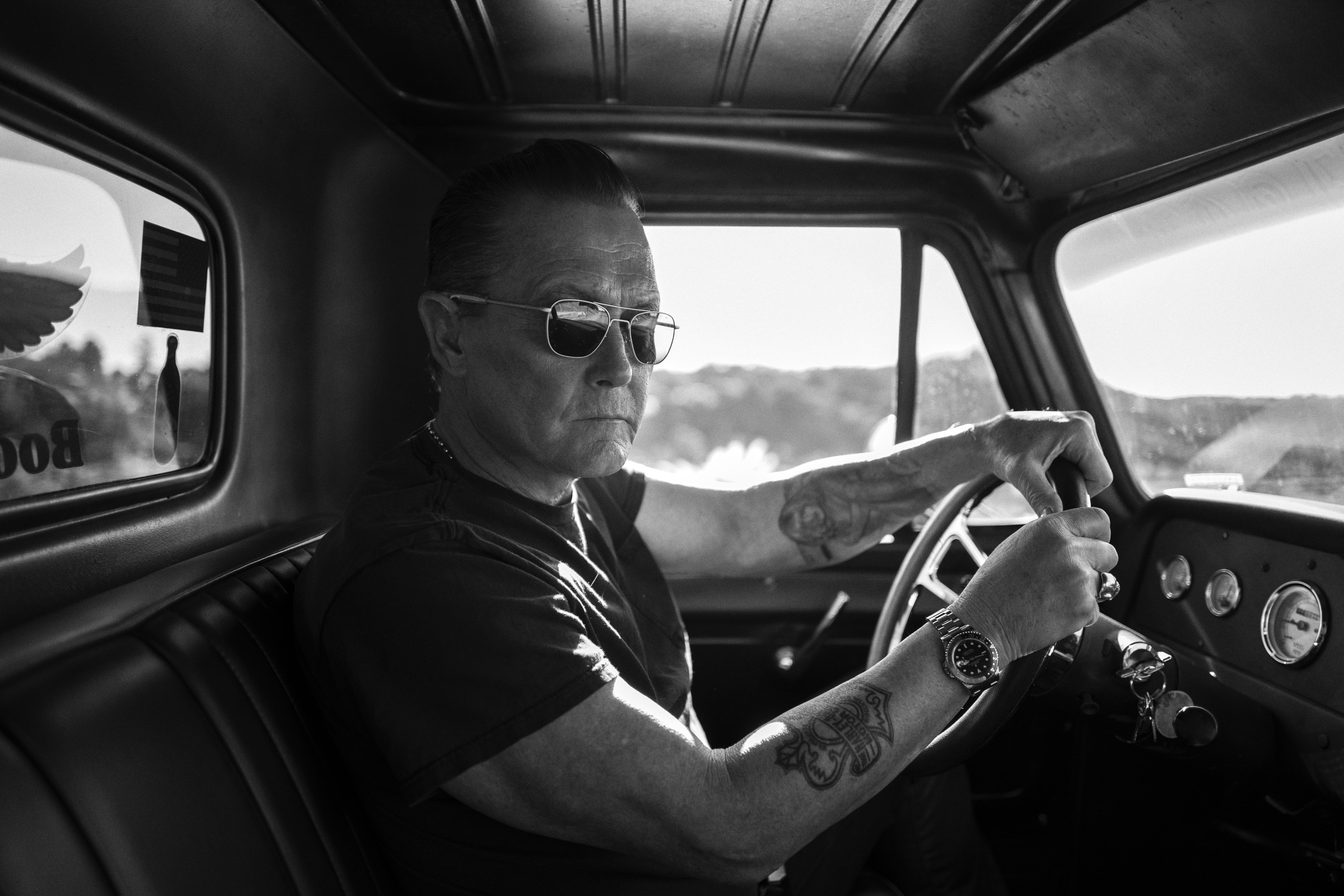 You’re a motorcycle enthusiast and obviously passionate about getting out on the road on your bike. What type of bike do you ride, and can you tell us more about what’s behind your passion for road travel?

Well, it all really started with my migration west to become an actor. I had never been west of the Mississippi and riding across America is such a magical experience. I think that’s where my love of the road actually began, with my original trip out here. I acquired a motorcycle after I finally made some money in Hollywood and I started riding, Harley-Davidson specifically. I’ve had many different models. I started with a Shovelhead and then I moved up to a Fat Boy, which was the motorcycle that Arnold Schwarzenegger rode in Terminator 2, and I got one exactly like it.

Then I traded those two in for a new FXWG2 which was a bike designed by Willie G. Davidson himself. And then my great experience and love with riding across America, specifically, was the purchase of a 2006 Electra Glide Classic, which I dubbed Priscilla after Elvis and Priscilla. I rode that off from Los Angeles down Route 66. I rode with three other friends of mine. We had no itinerary. We just went out to experience America from the seat of a motorcycle.

Did you stick to Route 66 or jump onto the Interstate?

We primarily stayed on Route 66 until we got to the middle of the country. I think that on the way back we took the Lincoln Highway. This was about twelve or thirteen years ago that we took this initial trip. To do so nowadays takes a lot of sheer will to stay off the Interstate.

What stood out to you most about that journey?

The thing that I recall most about that trip were the ghost-like apparitions of small towns across America that had dried up and gone away. That’s the sad part, the Interstate killed a lot of the town centers and gathering points for farmers and communities and the town square.

I liked the western parts of the country, just because of the dynamic topography, or however you want to word it: landscapes. I like the wide-open [spaces]. Places in Arizona were pretty amazing. Of course, there’s the world famous Winslow, Arizona. You know, standing on a corner in Winslow, Arizona. That’s certainly a cool place. New Mexico was interesting because we chose to ride at night. It was so hot. But I’m looking at some pictures that I took of some old gas pumps, and cities that are just, there’s nobody living in them anymore. And then there’s just wonderful buildings, you know, [but] it’s just gone. The Interstate has replaced it. 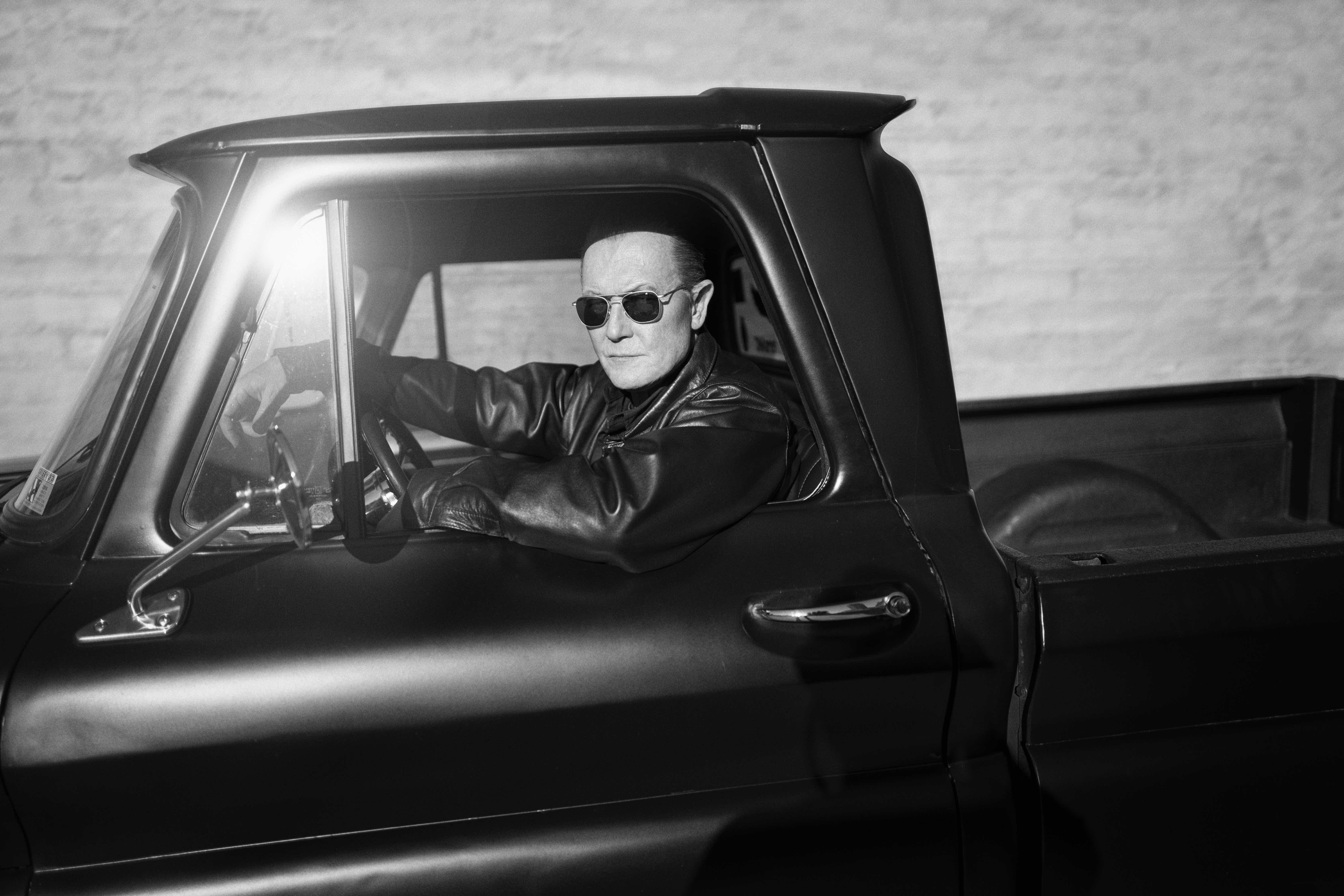 Did you have any interesting experiences on that trip?

On that first magical trip, we’d been up the east coast and we circumferenced the country more or less on the highways. And it was this romantic, unbelievable trip. The culmination, for me, was getting pulled over for speeding and I suggested that we should all go get something to eat in this diner. The guy [officer] recognized me from the TV show I was doing, The Unit.

So, we go in there and one of the inspirations for this trip across America, how I got inspired, is I had read a book written by a gentleman named Bill Hayes, The Original Wild Ones: Tales of the Boozefighters Motorcycle Club. And it was a nostalgic book about the Boozefighters and how they were formed in 1946 in Los Angeles and who they were. I’d read the book and one of my buddies comes in all excited and says, “Hey, you’re not going to believe this, but there’s a Boozefighter here.” And I said, “You’ve got to be kidding me. Really?” And he said, “Yeah, and I think he’s one of the originals.” And so, he comes walking into this diner and it’s this 6'5" white-haired, white-bearded, huge man with this big smile and just beautiful eyes that lit up, and the enthusiasm on his face. And he said, “I know who you are.” He’s looking at me. And I said, “I know who you are.”

And we ended up talking and talking. And that set me off on the odyssey of becoming a Boozefighter. And that is the motorcycle club that I’m a member of and it was all from that initial magical trip across this country. I became a member of the Boozefighters Motorcycle Club and have been for over ten years now. It’s a whole brotherhood of guys that ride around and love this country and love being motorcyclists.

What is it about traveling by road in America that is so inspiring?

Well, I’ve done eleven trips across the country on my motorcycle. And I’m about to do my twelfth. I do it because I love to ride Harley-Davidsons. I love to experience my country and the magnitude of its size and its great breadth of different geography and, of course, the people I meet as I go cross country. Because it’s an amazing country, and if you know anything about American history, as you’re riding along, and you’re going through these areas, you can recall a story or an incident that happened here or there that’s become part of our American folklore. And because our American folklore became the cornerstone of entertainment, and American entertainment sort of became ‘entertainment’ - it’s been broadcast all over the world - people have a familiarity with America and iconic things such as Route 66 and Harley-Davidson and cars and carhops and drive-in movies and all that kind of stuff.

Now, [I am older now], so a lot of these interstates that replaced the highways were being built when I was born. So, for me, the car and the magic of getting in the car and going somewhere new is something that I can really, really relate to, and I dig. And I love America. I love my country. And I love the history of my country. And that sort of nostalgic thing that was tapped into by the film Cars represented a newness and a birth of freedom and goodness. It was post World War II and the future was unlimited. I think that Route 66 represents that to a lot of people. A new beginning, a new start, a new chance. I can see why people [want to travel on Route 66].

Robert Patrick is the Charter holder of the Boozefighters Motorcycle Club Chapter 101 in Los Angeles.