The Hottest Place in the Valley

Death Valley is famous for many reasons. It’s the lowest point of elevation in North America, but also within 100 miles of the highest elevation in the country, Mount Whitney. There are salt pans from long dried up lakes containing anything from common table salt to borax, and plants that somehow survive in the deadly heat of the desert summer. In 1913, the highest temperature ever recorded on Earth was measured at 134 degrees Fahrenheit at Furnace Creek. Today, however, Furnace Creek isn’t just the place where the world’s hottest temperature was recorded. It’s actually a great place to stop and relax. 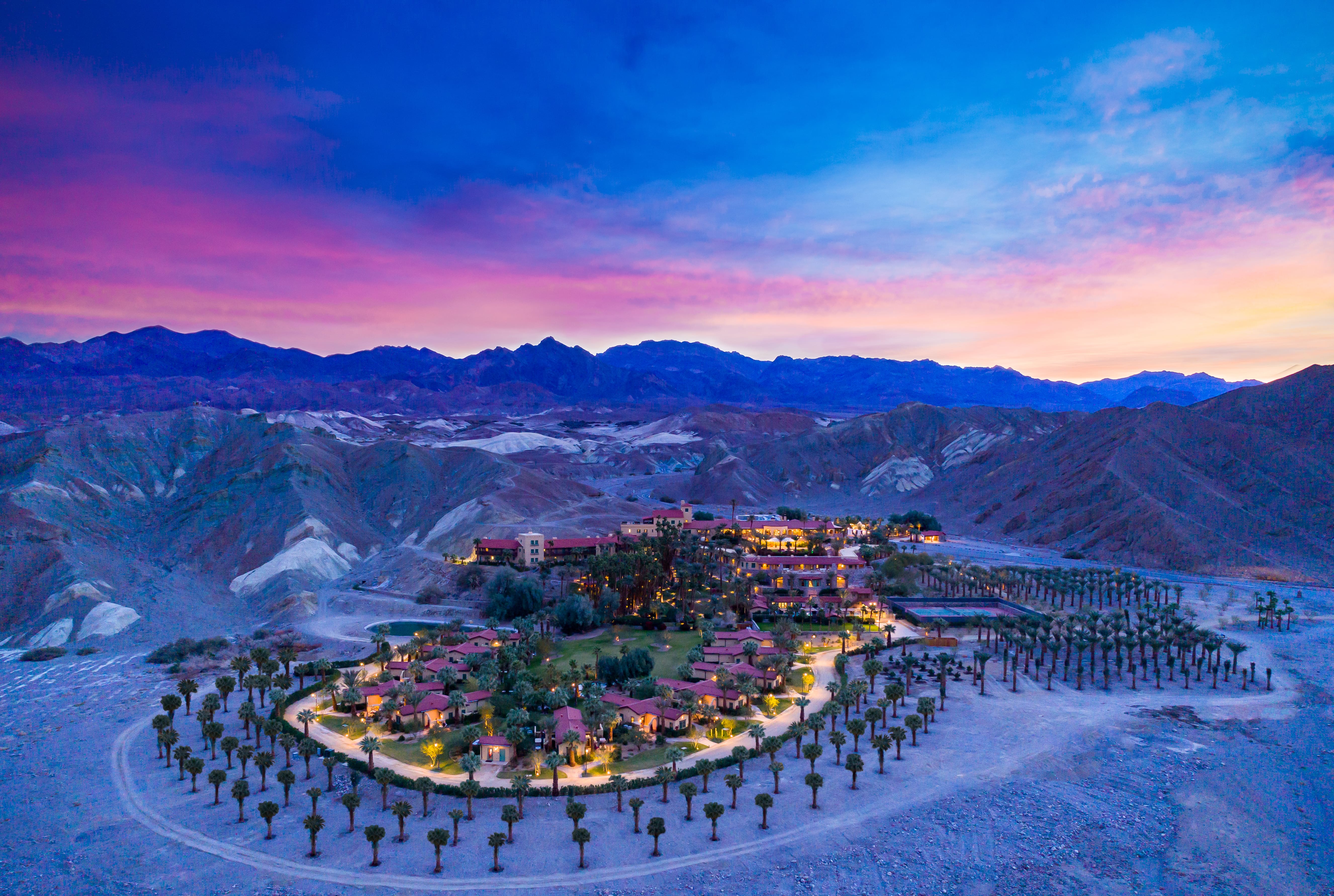 When traveling along Route 66, in the southwest, Death Valley isn’t normally an obvious detour to make. The Mother Road never intersected with the 5,270 square mile National Park, and often travelers are keen to arrive at the sunny shores of the Pacific Ocean after a long fun trip through Arizona, but the fabled park only sits about a three-hour jaunt north of America’s Main Street.

In 1927, the Pacific Coast Borax Company, while struggling to keep their railroad running, decided to build a resort in, of all places, Furnace Creek, to attract some of the growing number of tourists driving in the region, and fund their mining efforts in Death Valley. Designed by Albert C. Martin and Daniel Hull, the Furnace Creek Inn, now the Inn at Death Valley, became a luxurious resort for travelers looking for a secluded, but all-inclusive vacation experience.

While there was the possibility of ruining the natural beauty of Death Valley, with its rugged, almost alien landscape and picturesque views, Martin and Hull designed the building so that it would blend with the rock formations and seamlessly fit into its surroundings. They drew inspiration from the Spanish-style missions in California and included colorful detailing to incorporate other famous locations in Death Valley. Unfortunately for the Pacific Coast Borax Company, the resort would not save their railroad, but the venue itself would continue to thrive in the inhospitable Valley. The railroad ceased operations in 1938. As the years rolled by, more and more people had access to cars, making it more feasible for the average household to travel longer distances for less money. The continued success of the resort allowed for expansions under the Pacific Coast Borax Company, although it was later sold to the Fred Harvey Company before landing in the ownership of Xanterra Travel Collection in 1968, which sanctioned a multi-million-dollar renovation beginning in 2018. Part of the renovation included casitas, small houses on the property that offer more privacy to visitors. The resort also boasts a spring-fed pool, several restaurants, bars, and even a grocery store.

Visiting Death Valley may not seem like your typical stop on a road trip down Route 66, but hidden gems like the Oasis at Death Valley make it a worthwhile detour. Travelers can spend a day or two enjoying the wonders that the Valley has to offer while staying comfortably at a luxury resort before returning to the Route and their big finish in Santa Monica and the iconic pier. There’s much more to Route 66 than what is directly along it. Sometimes it’s simply a matter of taking the lesser-known road.